Every trip to Florida I take must include a stop over in Fort Lauderdale. Yes, the beaches are lovely, but I go for the food at Sublime. An aptly named restaurant if there ever was one, I have never been disappointed with any dish I've ordered there. Quite the opposite, in fact, and this last trip was no exception. I even managed to forgo my favorite dish on the menu and try something new. Result? New favorite. In fact, this may have been the best meal at Sublime I've ever had! 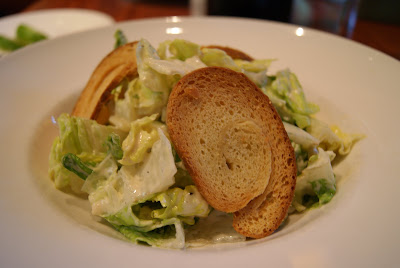 It all began with the creamy, garlicy, and divine Caesar salad. The lettuce was crisp and the croutons still warm, but really it was all about that luscious dressing. When we mentioned it to the hostess, she informed us they were trying to bottle it and get it into stores. I would be so stoked if I could buy this stuff in SF. So good. In fact, I was still basking in the glow of my salad when my amazing entree showed up! 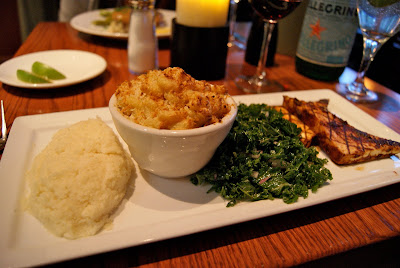 Sublime does this awesome thing where you can pick 4 sides and call it a meal... and so I did! My motive in doing so was to finally satisfy the mac and cheese craving I've been having ever since that yuck-o experience in NJ, and boy did this ever do the trick. I'm not going out on a limb at all in saying that it's the best mac and cheese you'll ever have. I don't know what kind of magic they put in there, but I know it's all topped with breadcrumbs and gets crispy on the outside and gooey on the inside and it's heaven. In addition, the BBQ tofu was savory, sweet, tangy, and delicious, the kale salad was crisp and refreshing (and added some vague semblance of healthiness to this meal) and the cauliflower mash was just as rich, creamy, and comforting as mashed potatoes. Entree utopia. 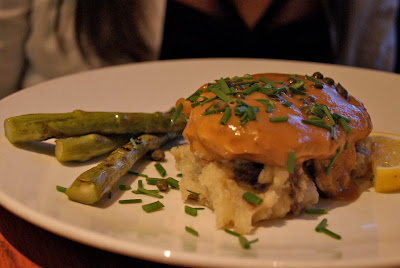 Ok, so the truth is I was only able to order my new-to-me entree because my cousin ordered my old fave, the picatta (above), and promised to share a bite or two. Let it be known: The picatta is RIDICULOUS. If you've never been, make it your first meal at Sublime (and get it with mashed potatoes!). Even the one bite I had made me swoon and fall in love with it all over again. 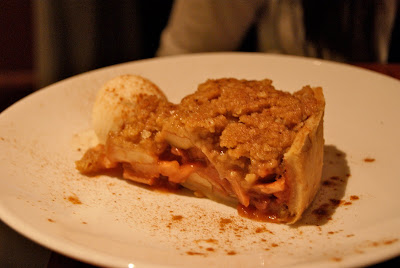 For dessert, she ordered the apple pie and it was all warm and crisp and wonderful, like an apple pie should be. But really? Apples are not dessert. And so I got.... 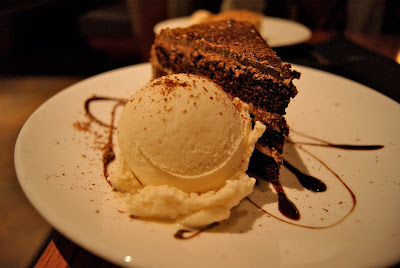 ... the Chocolate Nirvana cake of course. It doesn't come with that scoop of vanilla ice cream, but trust me, you'll want to order it ala mode. This is some rich, not-for-the-faint-of-heart, chocolatey goodness, and the vanilla ice cream cuts it just enough to make it humanly possible to finish. Which I did. Easily.

So there you have it, folks. I love Sublime and I already can't wait to go back. You should go. The end. 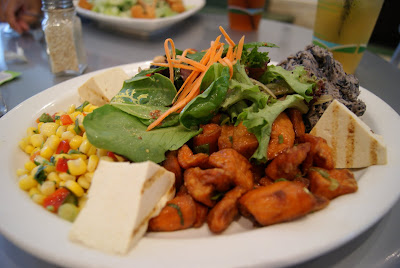 Oh, and because I have only one pic and it was the only food we ate in Miami, here's the awesome vegan platter at The Cafe at Books and Books in Miami Beach. If, like me, you only have a few hours in South Beach, this is the place you should go. Separate vegan menu, every choice a winner. The black bean hummus alone (see it back there on the right?) is worth the trip.

Next up: Believe it or not, I've been to a few new places in San Francisco since being back home, so stay tuned for some good eats by the Bay!
Posted by Sky at 1:56 PM

Glad you found me - and enjoy your time in this lovely town!

love that place, but i've only been there once...four years ago.

Go back Charlie! It just keeps getting better. :)